Rome is often referred to as the Eternal City. Rome is located mainly along the left bank of the Tiber River. The traditional date of its founding is 753 bc, and it grew to be the capitol of the Roman Empire and today, is still the capitol of Italy. Legend states that Rome was planned by the gods.

According to Roman tradition, the city was founded by the twins Romulus and Remus. Archaeological evidence supports the view that Rome grew from pastoral settlements on the Palatine Hill built in the area of the future Roman Forum. The original settlement developed into the capital of the Roman Kingdom (ruled by a succession of seven kings, according to tradition), and then the Roman Republic (from 510 BC, governed by the Senate), and finally the Roman Empire (from 27 BC, ruled by an Emperor). This success depended on military conquest, commercial predominance, as well as selective assimilation of neighbouring civilisations, most notably the Etruscans and Greeks. From its foundation, Rome, although losing occasional battles, had been undefeated in war until 386 BC, when it was briefly occupied by the Gauls, however the Romans recovered the city in the same year.

Roman dominance expanded over most of Europe and the shores of the Mediterranean Sea. For almost a thousand years, Rome was the most politically important, richest, and largest city in the Western world. After the Empire started to decline and was split, it lost its capital status to Milan and then to Ravenna, and was surpassed in prestige by the Eastern capital Constantinople.

The latter half of the 15th century saw the seat of the Italian Renaissance move to Rome from Florence. The Papacy wanted to equal and surpass the grandeur of other Italian cities and to this end created ever more extravagant churches, bridges, and public spaces, including a new Saint Peter's Basilica, the Sistine Chapel, Ponte Sisto (the first bridge to be built across the Tiber since antiquity), and Piazza Navona. The Popes were also patrons of the arts engaging such artists as Michelangelo, Perugino, Raphael, Ghirlandaio, Luca Signorelli, Botticelli, and Cosimo Rosselli.

The period was also infamous for papal corruption, with many Popes fathering children. The corruption of the Popes and the extravagance of their building projects led, in part, to the Reformation and, in turn, the Counter-Reformation.

Italy became caught up in the nationalistic turmoil of the 19th century and twice gained and lost a short-lived independence. Rome became the focus of hopes of Italian reunification when the rest of Italy was reunited under the Kingdom of Italy with a temporary capital at Florence. In 1861, Rome was declared the capital of Italy even though it was still under the control of the Pope. During the 1860s, the last vestiges of the Papal States were under French protection, and it was only when this was lifted in 1870, that Italian troops were able to capture Rome.

After a victorious World War I, Rome witnessed the rise to power of Italian Fascism guided by Benito Mussolini, eventually declaring a new Empire and allying Italy with Nazi Germany. This was a period of rapid growth in population, but this trend was halted by World War II, during which Rome was damaged by both Allied forces bombing and Nazi occupation. After the execution of Mussolini and the end of the war, a 1946 referendum abolished the monarchy in favour of the Italian Republic.

Rome grew momentously after the war, as one of the driving forces behind the "Italian economic miracle" of post-war reconstruction and modernisation. It became a fashionable city in the 1950s and early 1960s, the years of la dolce vita ("the sweet life"), and a new rising trend in population continued till the mid-1980s, when the commune had more than 2,800,000 residents; after that, population started to slowly decline as more residents moved to nearby suburbs.

Vatican City is an independent sovereign center of the Roman Catholic Church. It covers 109 acres and has a population of about 1,000. It contains more art treasures than any empire. It has its own railroad station, post office, mosaic factory, and radio station. The Vatican has been the papal residence since 1377. The Vatican Palace became the residence of the popes after 1377. Before this hade they resided at the Lateran Palace. The Sistine Chapel was added in 1473 and the Belvedere in the garden was erected in 1490. With the addition of the Vatican museums, it is the largest palace in the world. It has 11,000 halls, chapels, rooms and apartments.

The Arch of Constantine is the last and most well known preserved arch. The senate and the people built it in order to commemorate the victory of Constantine over Maxentius. The arch was built of marble taken from the arches of Trajan and Marcus Aurelius.

The Colosseum is an immense amphitheater. It was probably given its name because the “Colossus” of Nero was in its vicinity. It was at the Colosseum that Romans would seat themselves and witness bloody scenes of Christians being eaten by lions, gladiators fighting to the death, animals pitted against men to fight to the death, and naval battles to the death with the arena filled with water. The Colosseum still stands today and poets have written “While stands the Colosseum, Rome shall stand.”

The Roman Forum is an ancient meeting place, marketplace, and religious and political center. According to legend, the Romans and the Sabines fought after the rape of the Sabine women, and once peace was established the valley between the Palatine and the Quirinal was chosen as a common ground for a market. It was in the Forum that leaders of Rome held discussions. It was at the Forum that all the roads fanned out. It was here that Romulus was said to have been buried and Caesar was murdered. 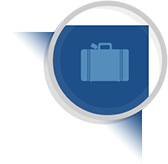